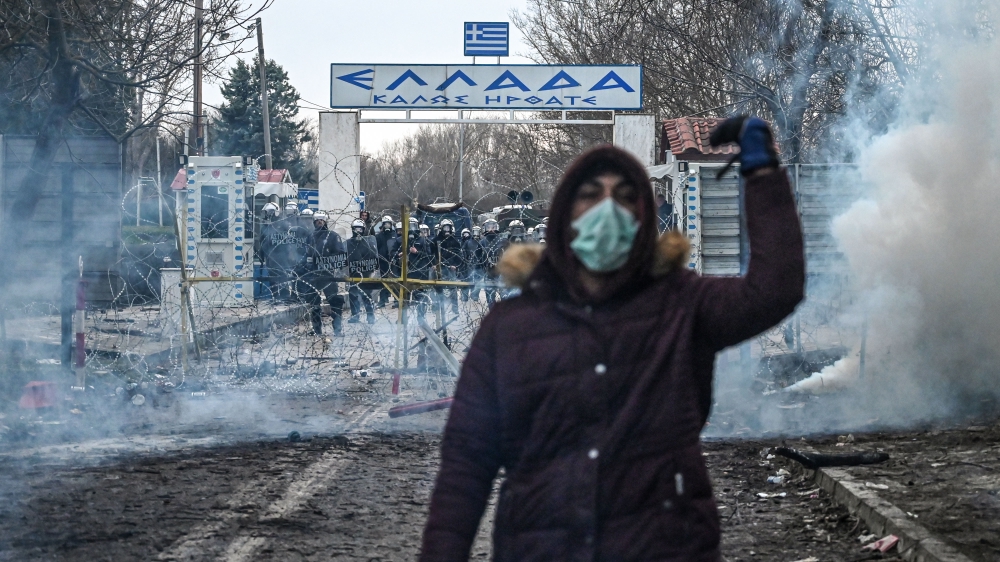 In March 2020 several syrian-led organisations based in Vienna gatherd with a number of activist from different backgrounds and had a disscussion about the recent developments at the Greek borders to Turkey in order to come out with this statment that we are glad to share with you.

This statement communicates our opinions and delivers our recommendations as Syrians, living in Austria, to all stakeholders and desicion makers.

In view of the rapid events regarding the humanitarian situation in Idlib and the developments that led Turkey to opening their borders to Europe, the flow of a large number of Syrians and refugees of all nationalities to the Greek border, and the closure of the border by the Greek authorities along with using expired and toxic tear gas that caused the death of a child and a man to prevent them from entering its territory, so that they don’t become under EU laws guaranteeing their right to asylum, which resulted in serious human rights violations, as reports shows.

And starting from our responsibility as Syrians residing in Austria to speak up, advocate and mobilize issues that affect Syrians and address human rights violations around the world.

And emphasizing the necessity that the EU stay committed to its moral, legal and humanitarian obligations towards the Syrian people and most importantly, to respect the right of everyone in danger to seek refuge and have a decent life.

With the awareness of the challenge posed by the emerging COVID-19 virus to the entire world, we urge you to save the people stuck at your borders because the world cannot afford another refugee mass death!

We demand the following

As we believe in the importance of the role of local and international media agencies, we call them all to be committed to their professional and moral standards and stop mobilizing the public against the refugees by labelling them all as “illegal migrants”. That could cost many refugees their lives.

We emphasize again that everyone should be sensible to the facts and circumstances that forced those people to flee their countries. Our duty is to ease their suffering, not put more salt on their already open wounds. It is unfair that the states that initiate proxy wars in other countries refuse to stand and take responsibility for the damage and suffering of people affected by it. These states have a moral and legal responsibility towards them.

We urge the Syrian people all over the world to organize themselves and raise their voices to send messages of solidarity and to put pressure on politicians and governments in the countries where they live. Let our responsible, peaceful and organized movement in the Diaspora be an instrument to ease the suffering of our people and help achieve justice and hold all the criminals accountable, especially at a time where the international community is either participating or turning a blind eye for the atrocities being done to our people.

Syrian Women for Justice and Peace

Coordintion to support the Syrian revolution in Austria